Camarines Sur III Electric Cooperative, Inc. (CASURECO III) has been in operation for more than four (4) decades as a service-oriented electric cooperative since its organization on December 2, 1975. It is situated at Region V, Province of Camarines Sur with business address at San Isidro, Iriga City oftentimes called as the “City of Springs” due to its abundance in freshwater springs and the implementation of the “City of Character” thru the Local Government Unit (LGU) present administration Mayor Madelaine Yorobe Alfelor emphasizing good values and attitude. The 5th Congressional District of Camarines Sur known as Rinconada Area composed of Iriga City, Nabua, Buhi, Baao, Bula, Bato and Balatan.

The CAMARINES SUR III ELECTRIC COOPERATIVE, INC. (CASURECO III) was incorporated and registered on December 2, 1975 under the provisions of Republic Act (RA) No. 6038 which created the National Electrification Administration (NEA) as amended by Presidential Decree (PD) Nos. 269 and 1645. It initially operated on May 16, 1977. By virtue of the authority vested in National Electrification Commission, CASURECO III was issued Certificate of Franchise on June 6, 1979 with Certificate No. 027. Its primary purpose is to supply, promote and encourage the fullest use of electric service to its member-consumers. The terrain of these districts are composed of plain and ruggedvalleys and mountains, hence, the main source of living is farming. Aside from farming, the municipalities of Buhi, Bato, Bula and Baao alsoenjoy the benefits of natural freshwater which can be found in their respective lakes, while Balatan have also the benefit of the abundantseafood due to its geographical location situated right at the seashore of Pacific Ocean. Hence, mostly of the barangays can be reached through 4 or 2-wheeled vehicle,few by a rented boat and while a number of which has no access road and can be reached through plain walking. 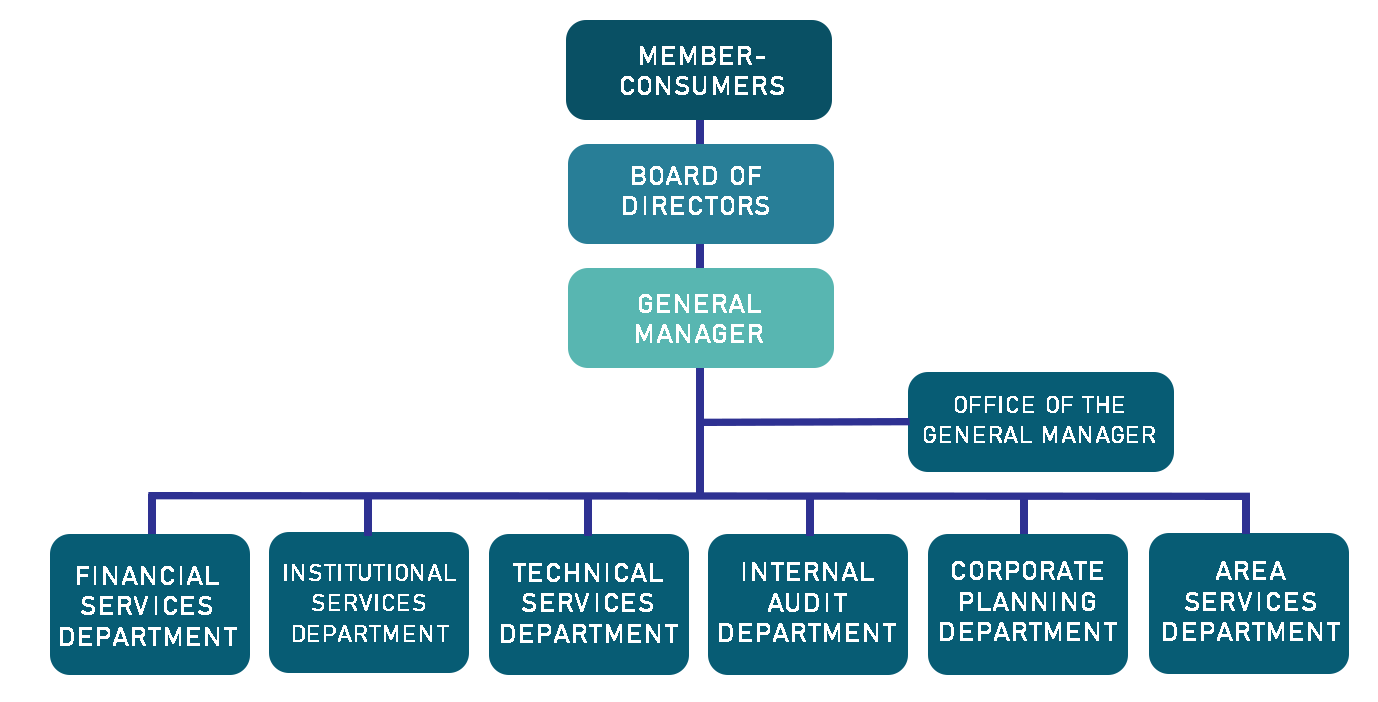 Office of the General Manager (OGM) 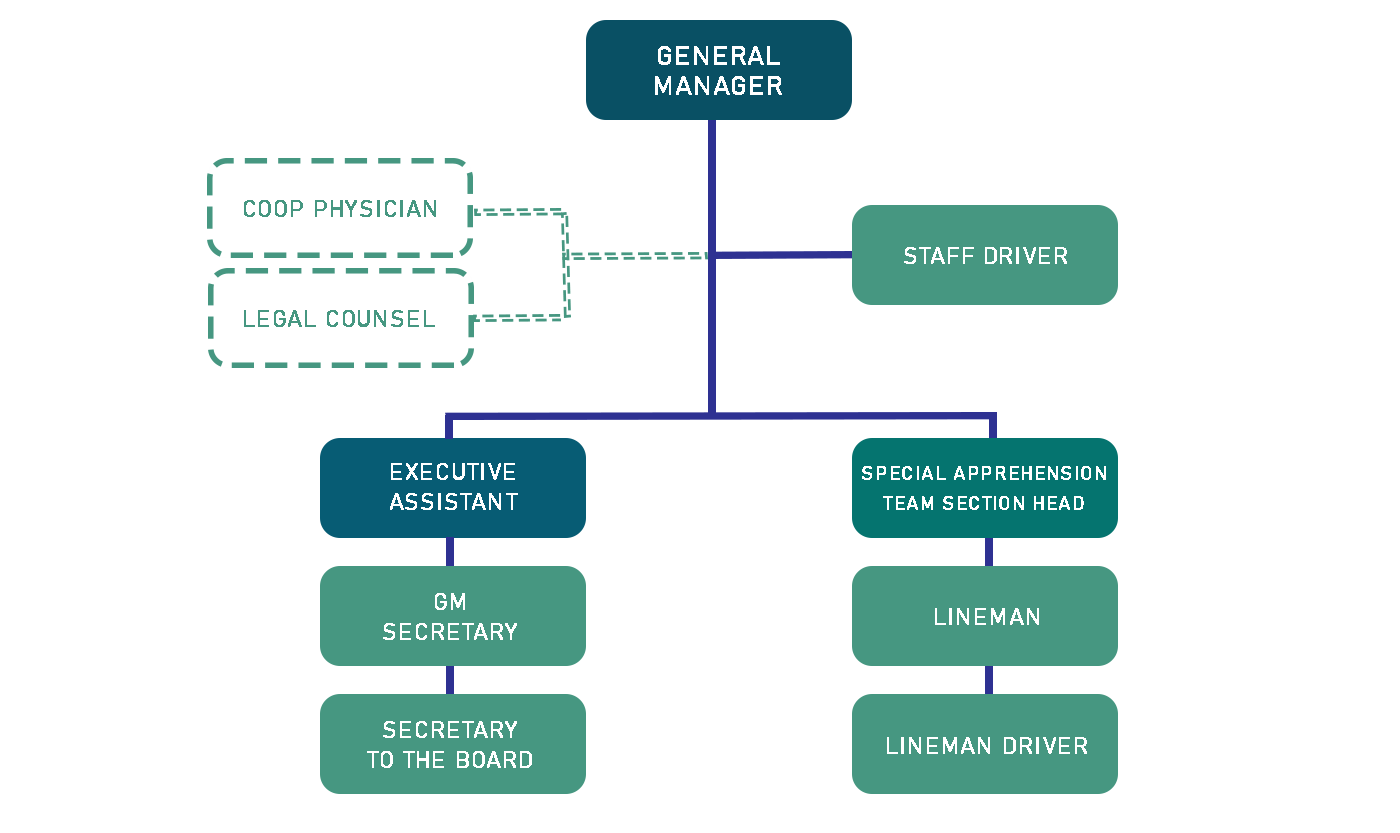 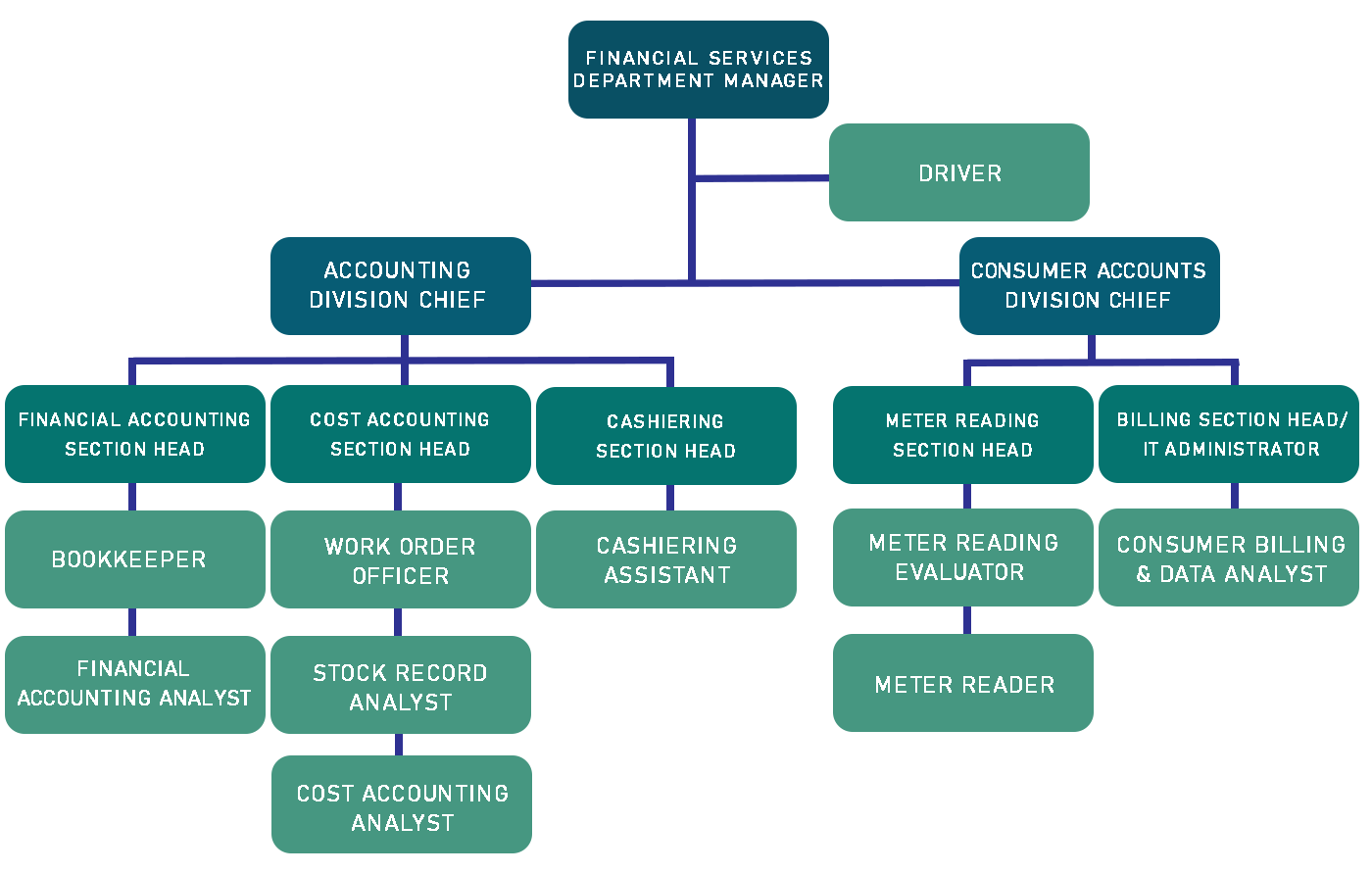 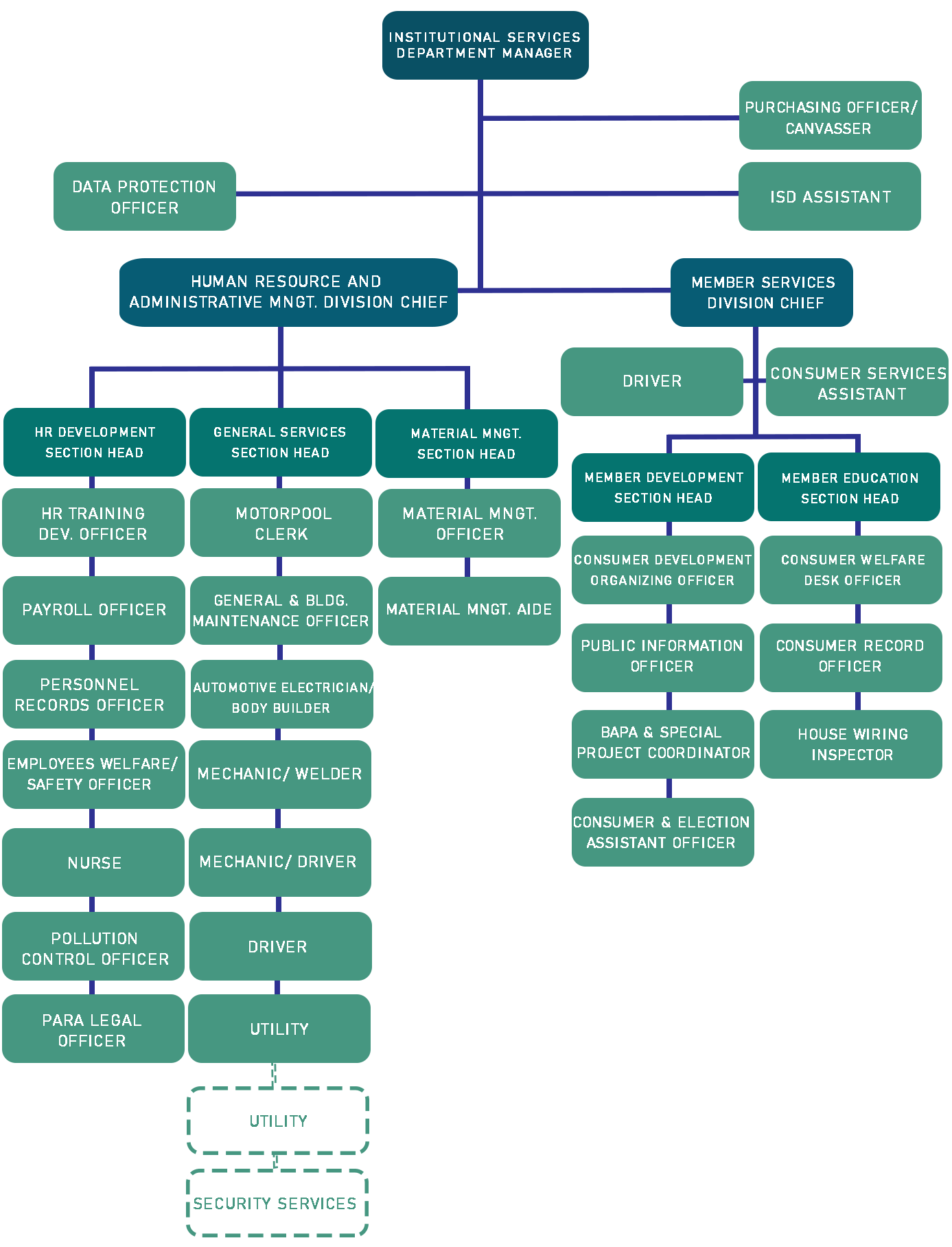 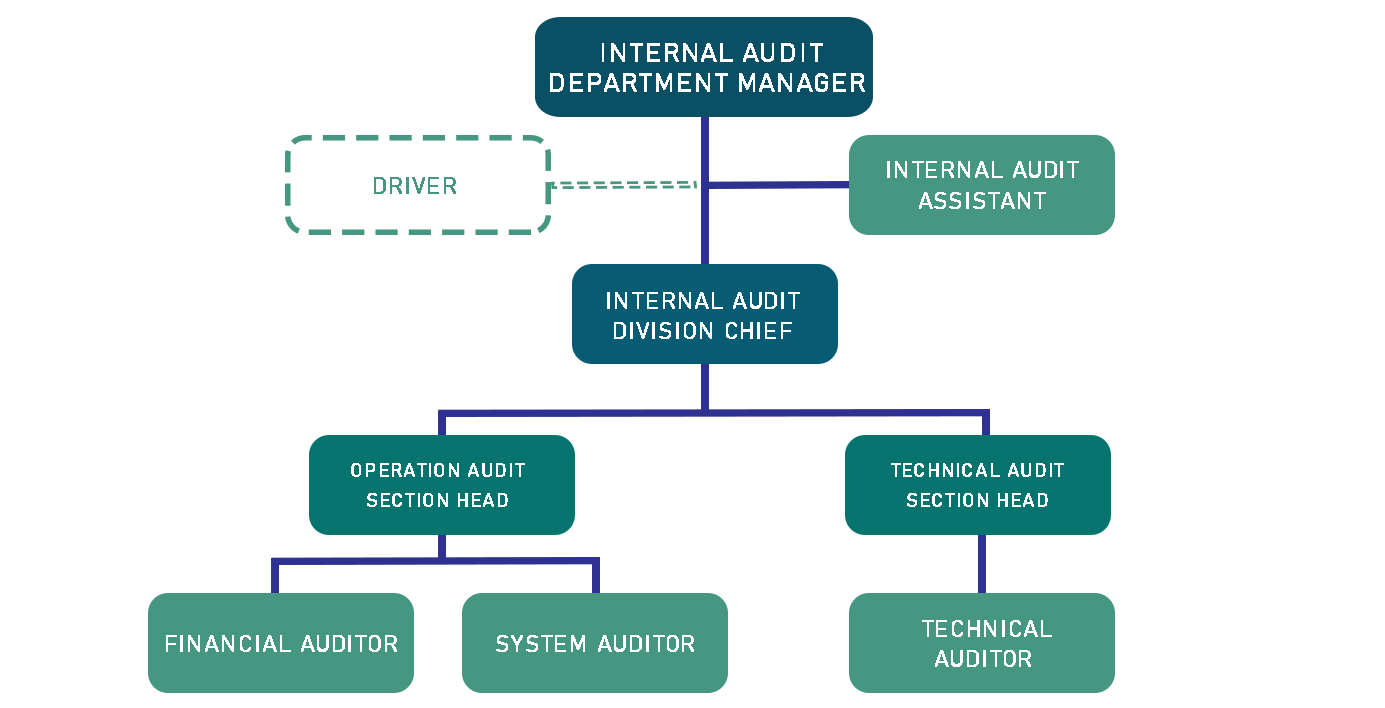 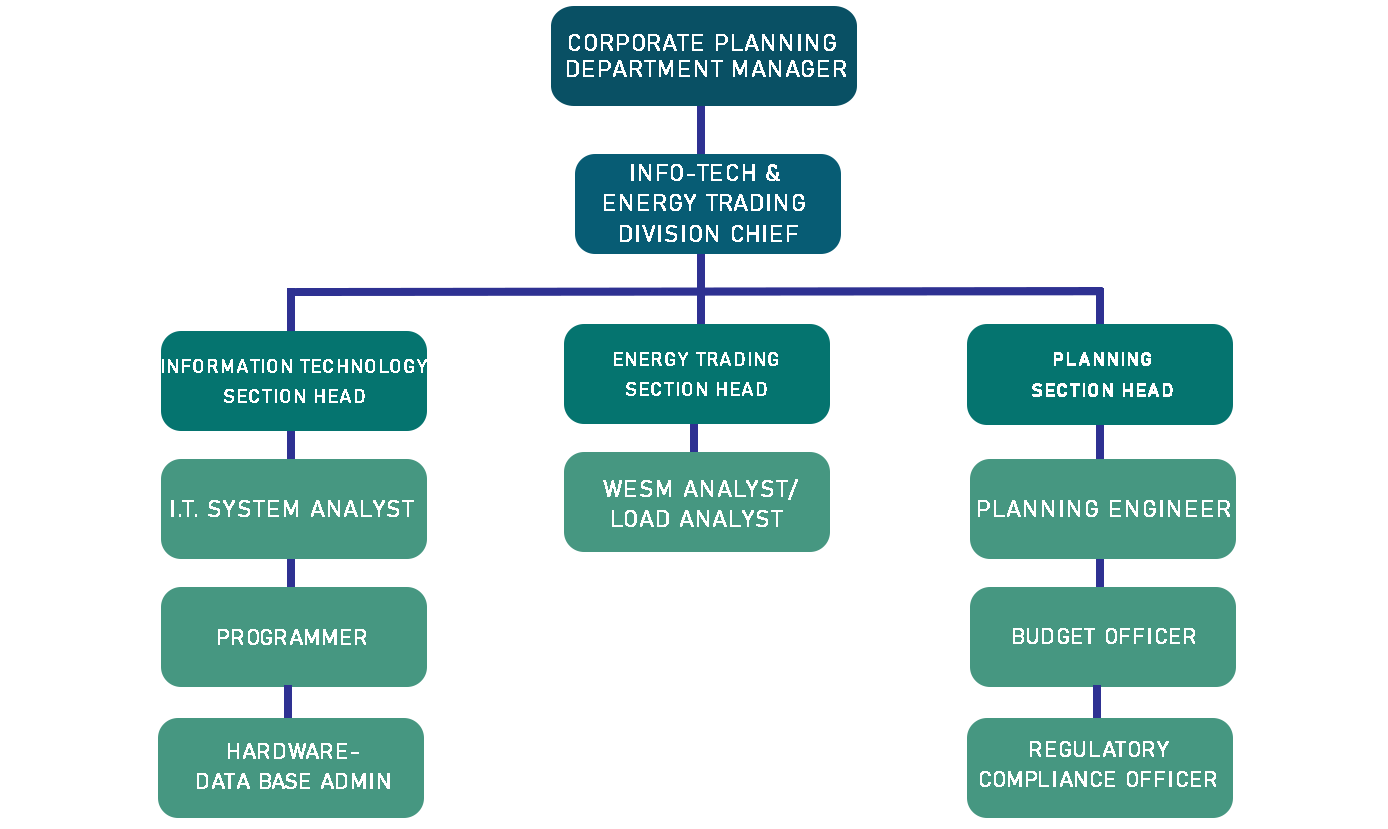 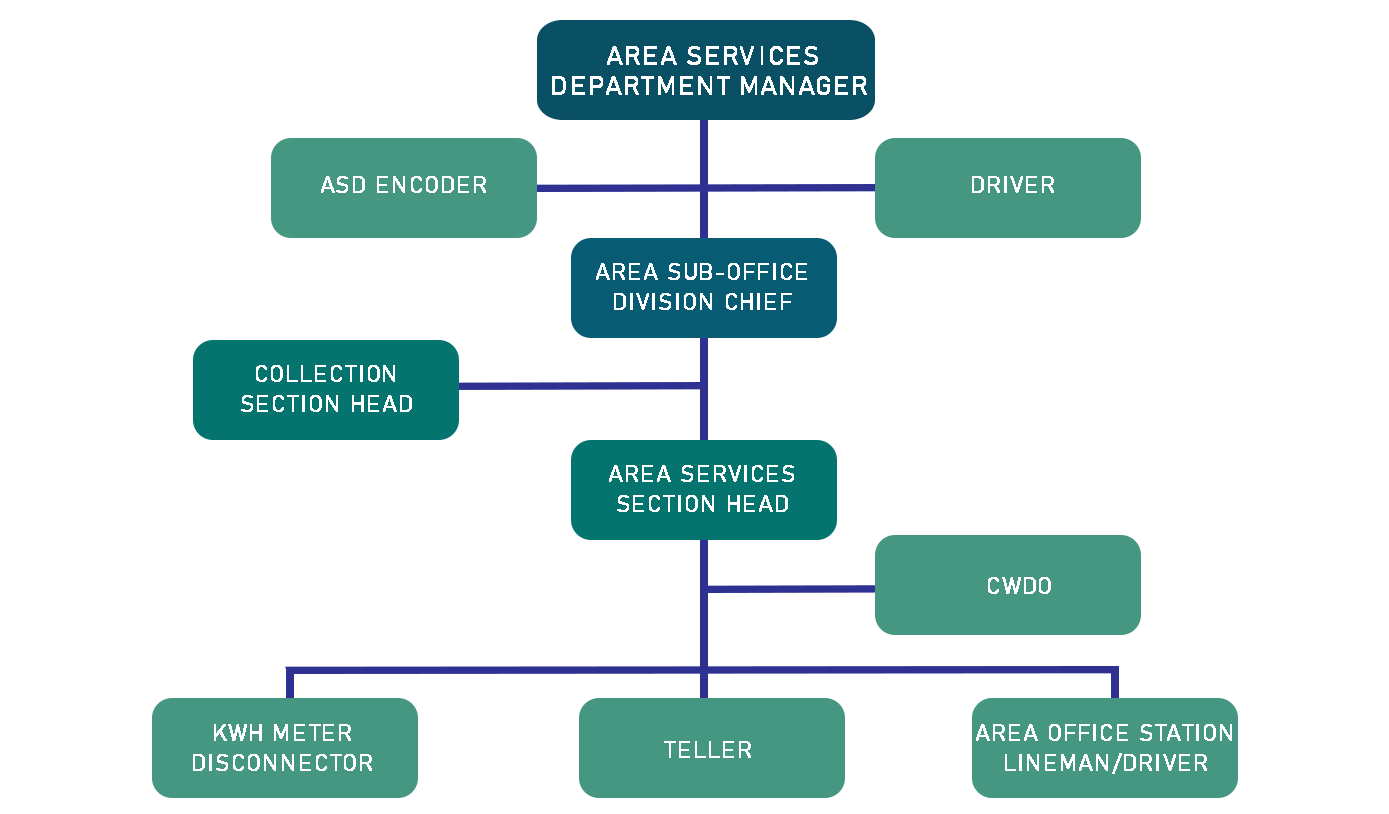